The hotel of the "Gods"

The story linking the rally to the hotel goes back to 1973 when Shekhar Mehta first arrived at the hotel with his wife Yvonne as Nissan driver at the WRC. 1975 is the year that Acropolis rally winner Walter Rohrl spent his night during testing period at the Kalafati Hotel. Gradually well-known crews, including Greeks, began to arrive. Almost immediately an excellent trust developed with the drivers which made the relationship strong over the years. However, the arrival of a Swedish duo was to establish the hotel as a World Rally Hotel. It was then that the Toyota team arrived in Itea with the legendary team manager Mr. Ove Andersson and his driver Björn Waldegård in order to develop the new Celica.

At that time Andreas Kalafatis became the man of the team. From caregiver to trusted partner. He becomes Mr. Fix and his relationship with the teams and crews goes to another level.

To this day the hotel is the main accommodation for the WRC factory teams in the evolution of each car. 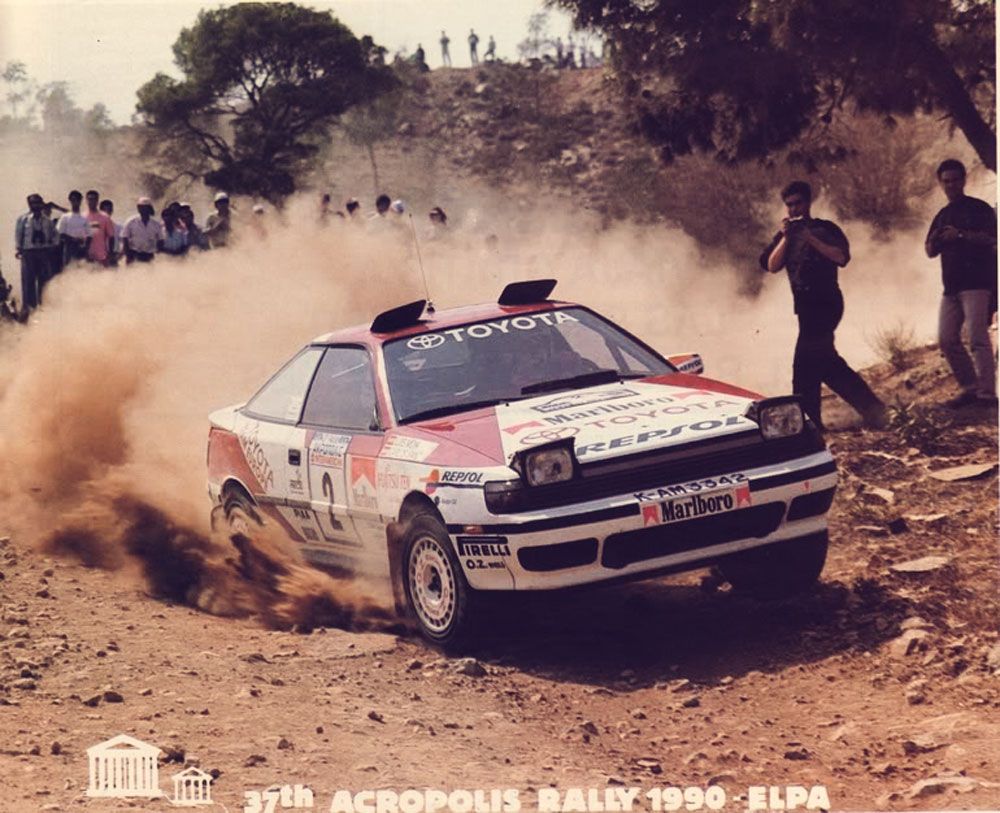 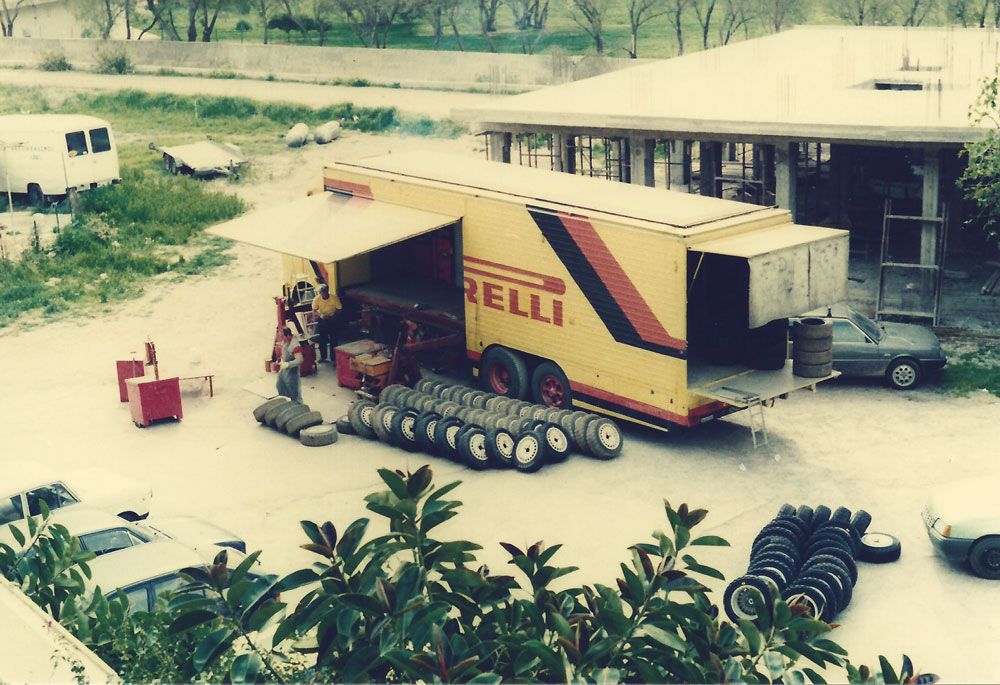 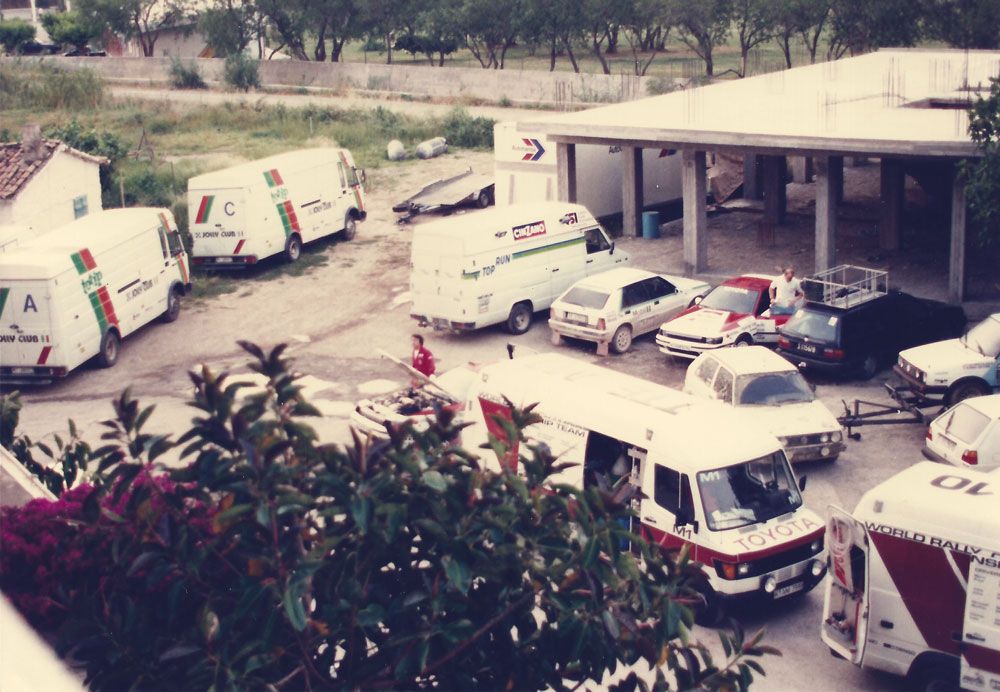 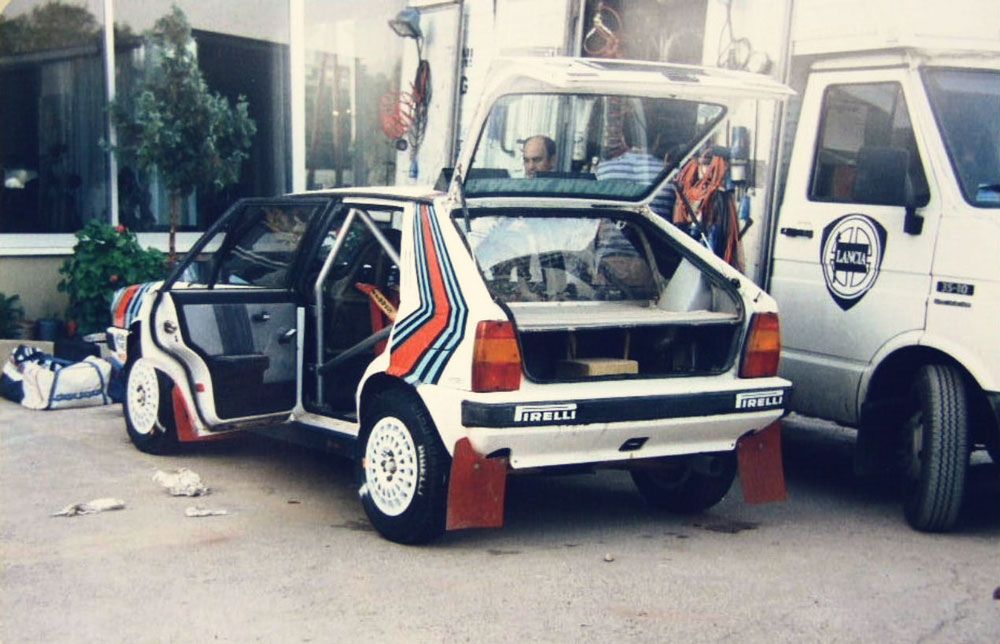 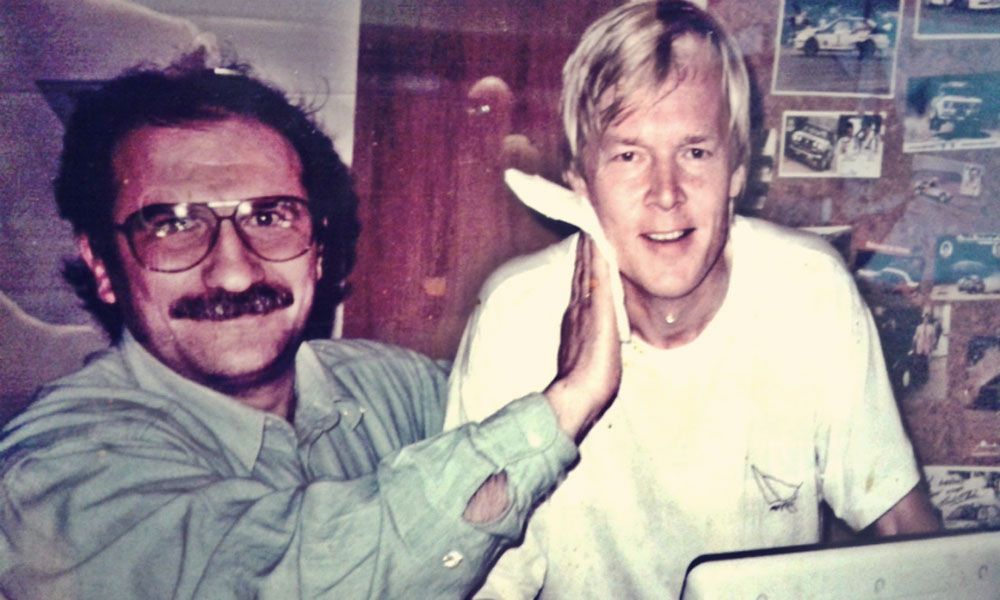 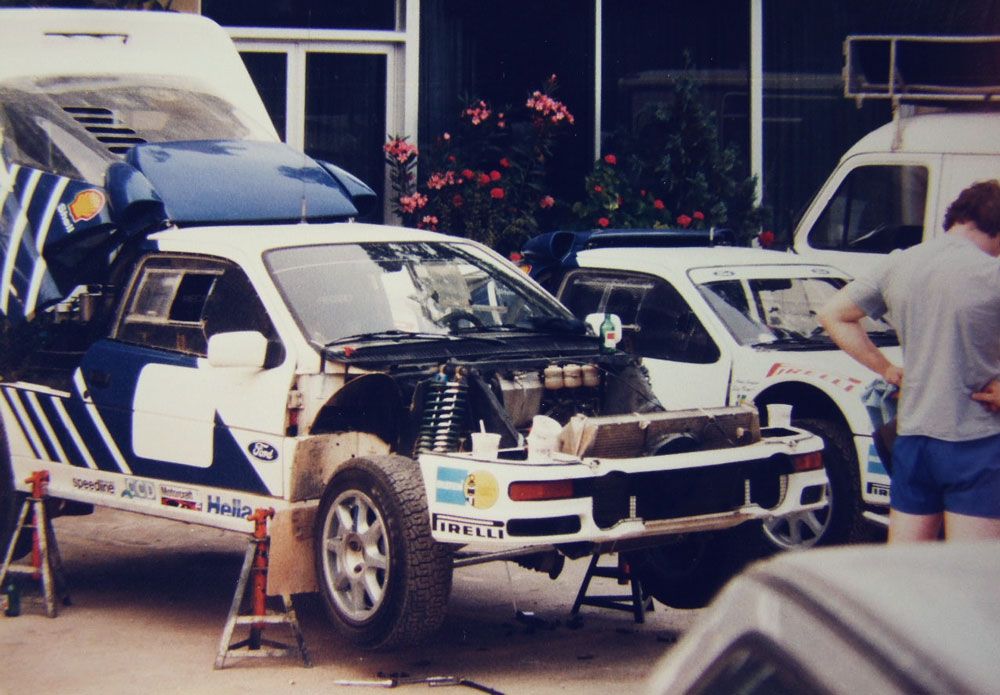 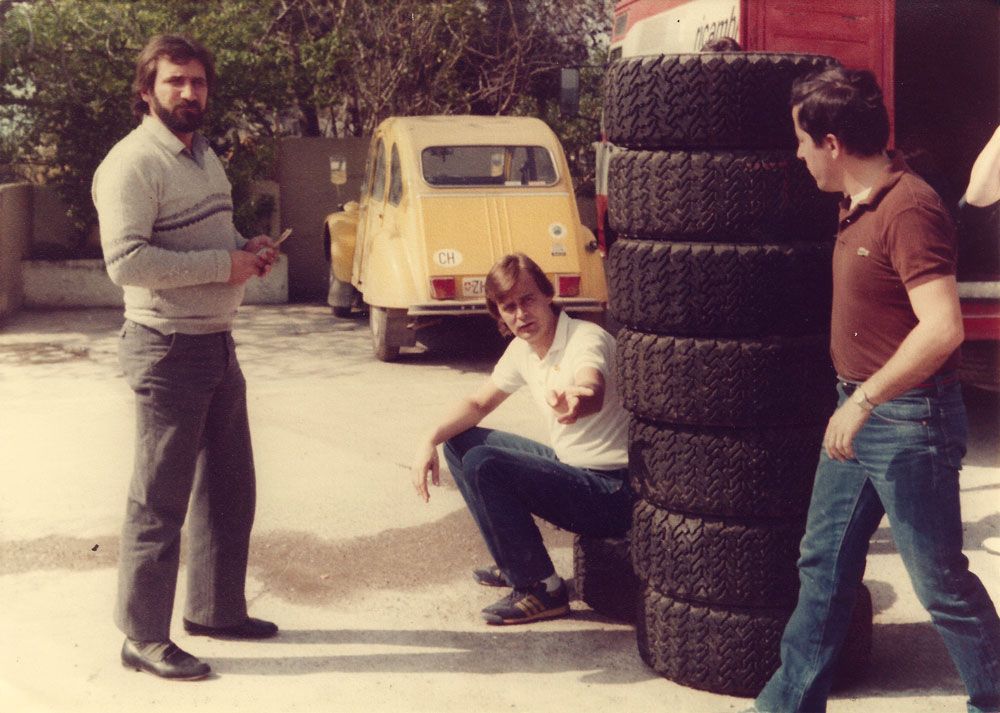 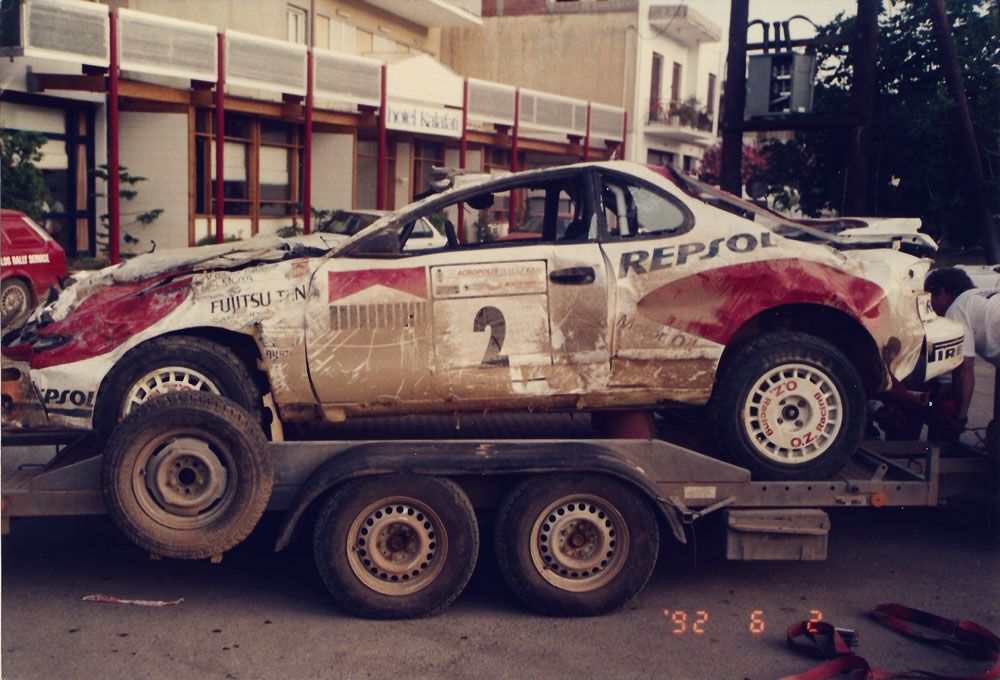 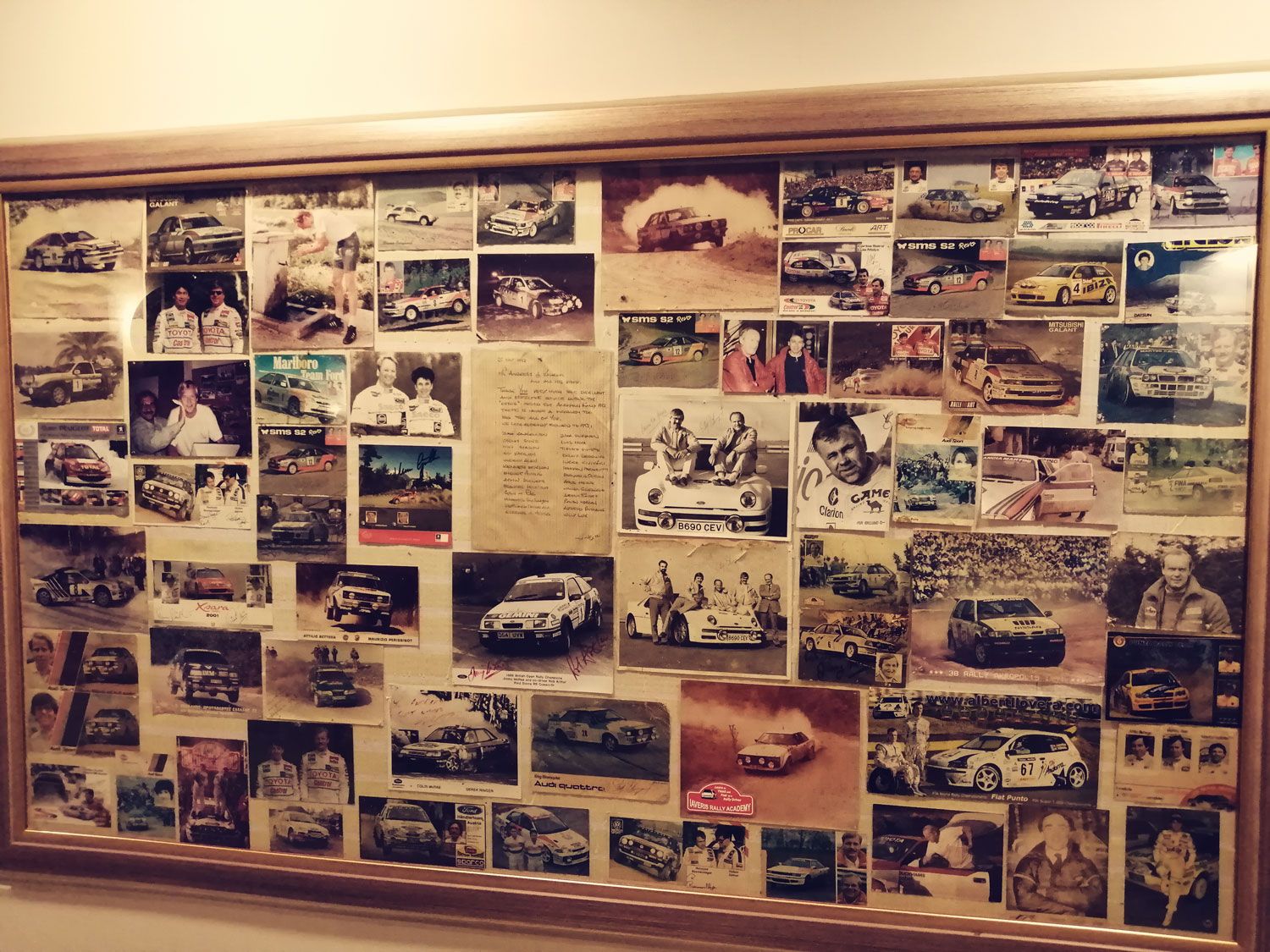 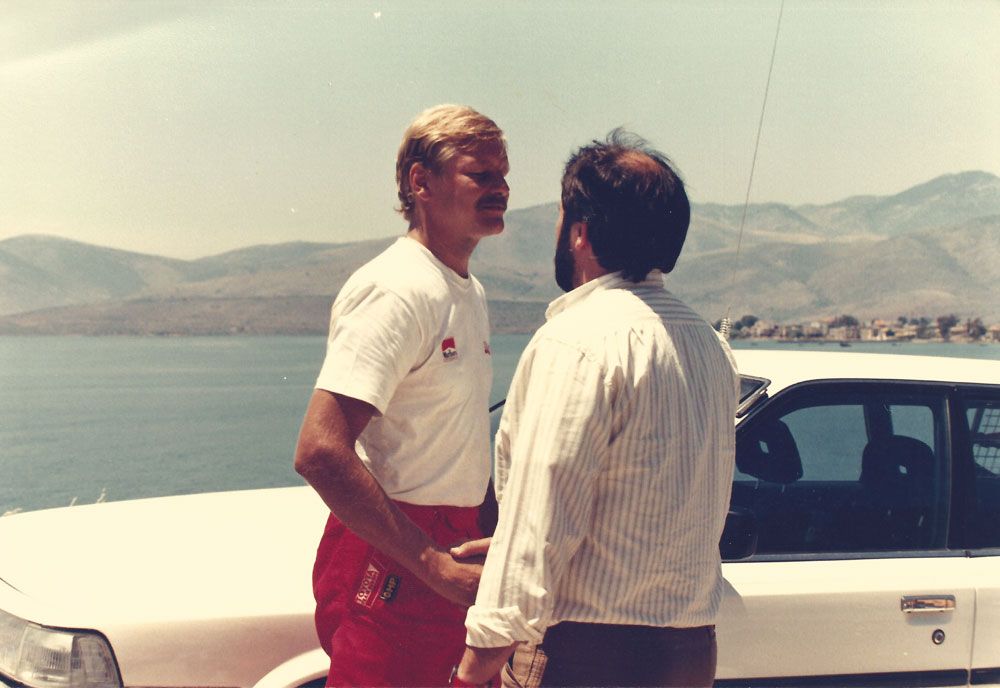 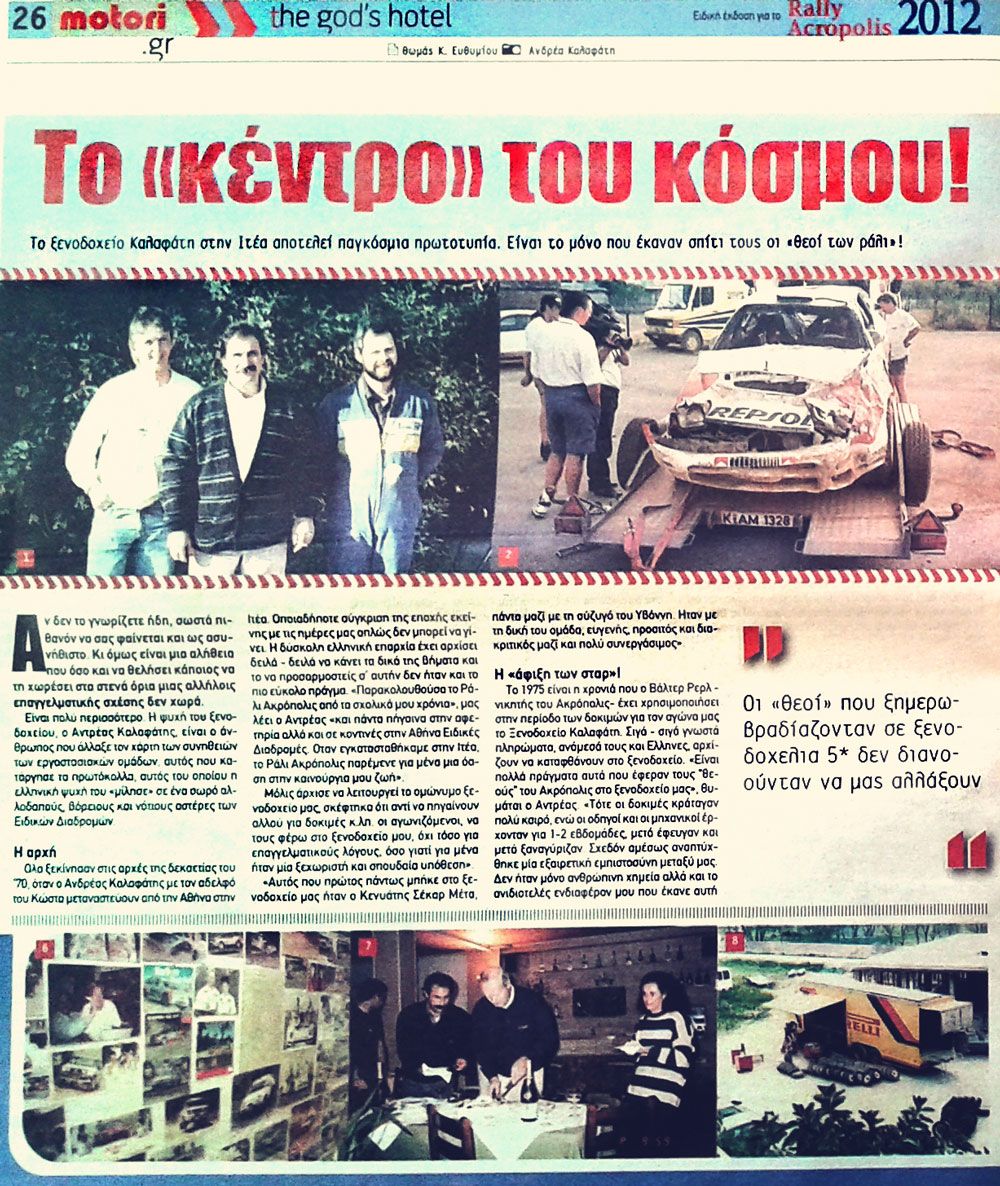 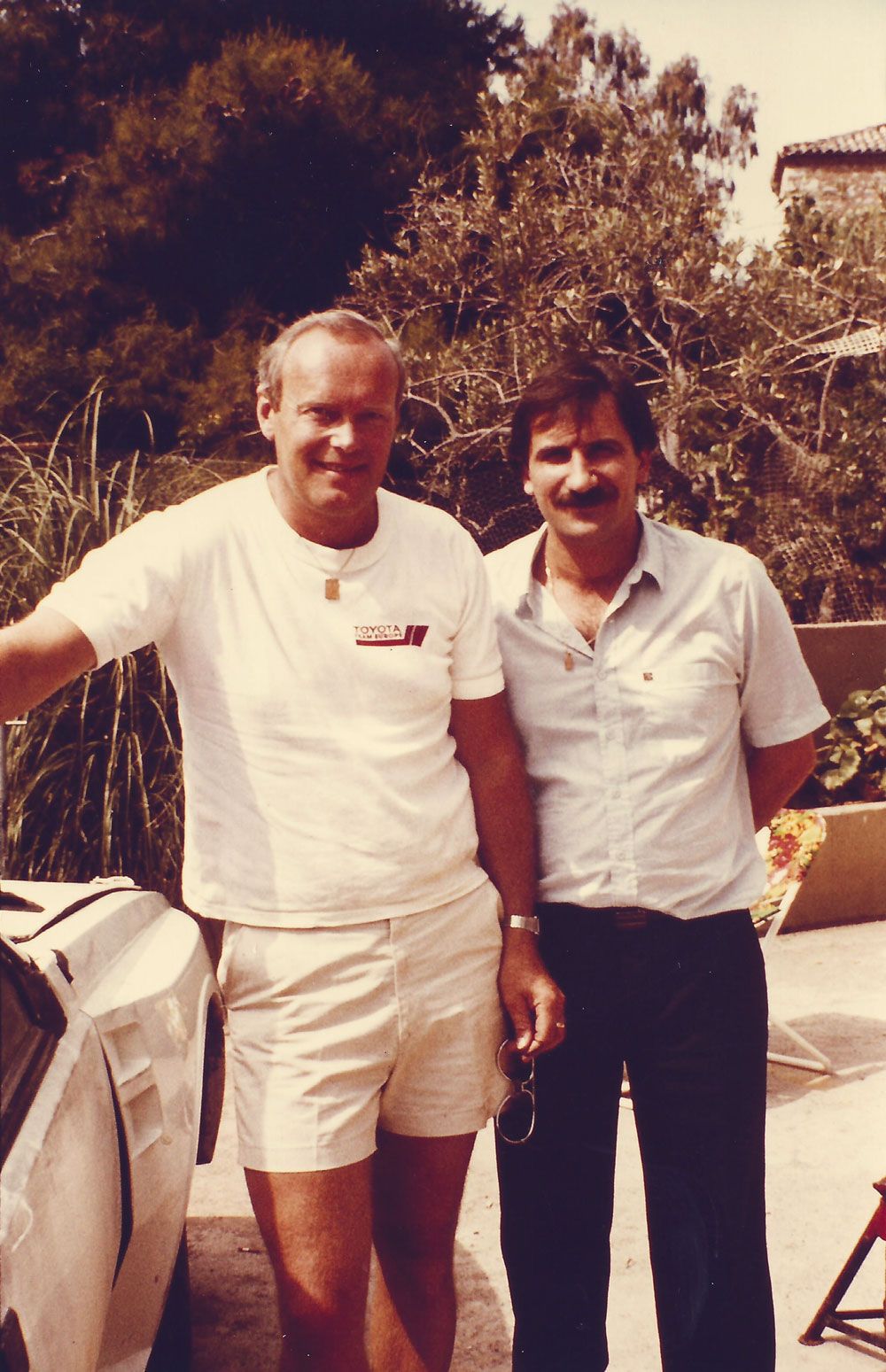 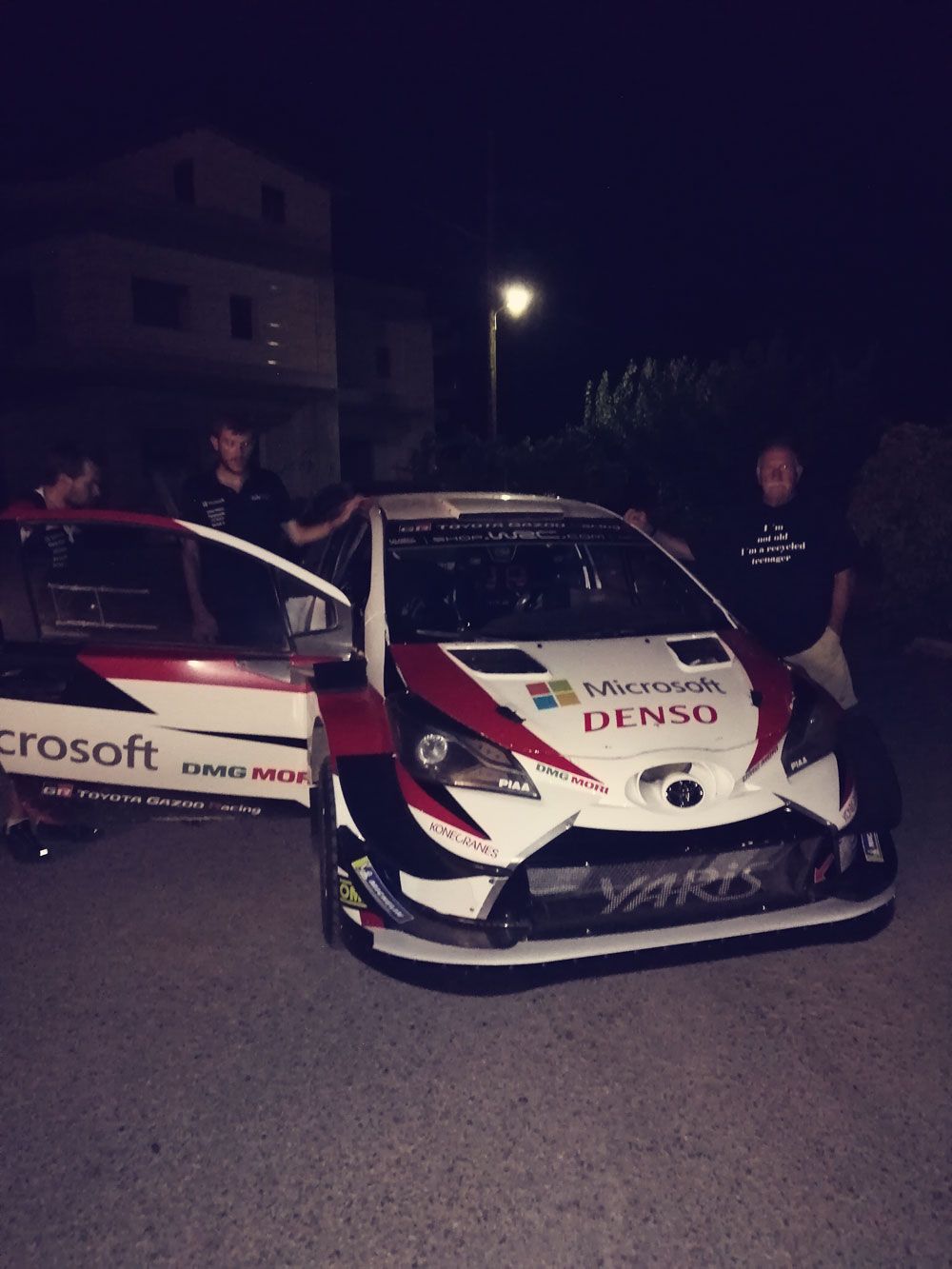 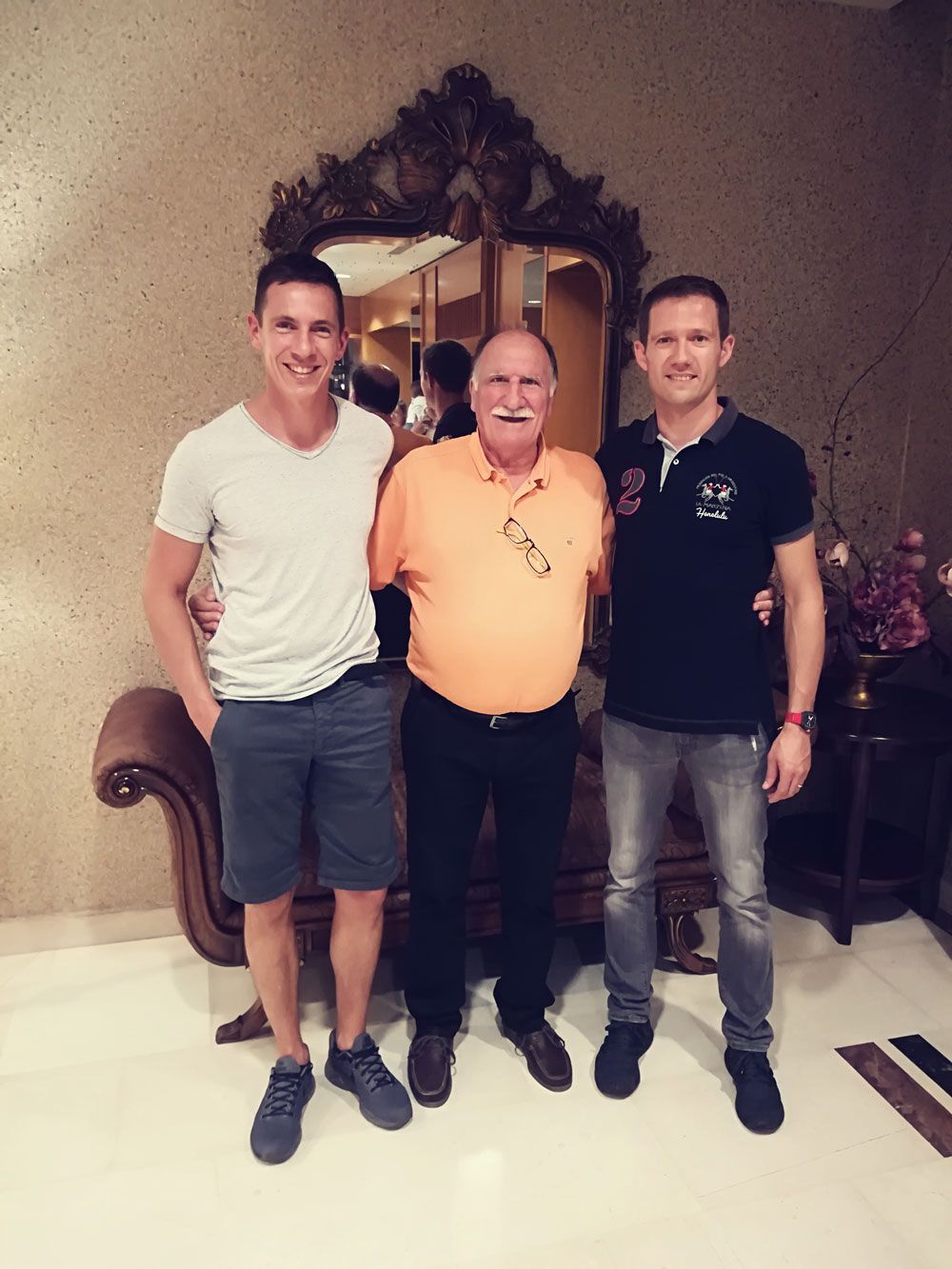 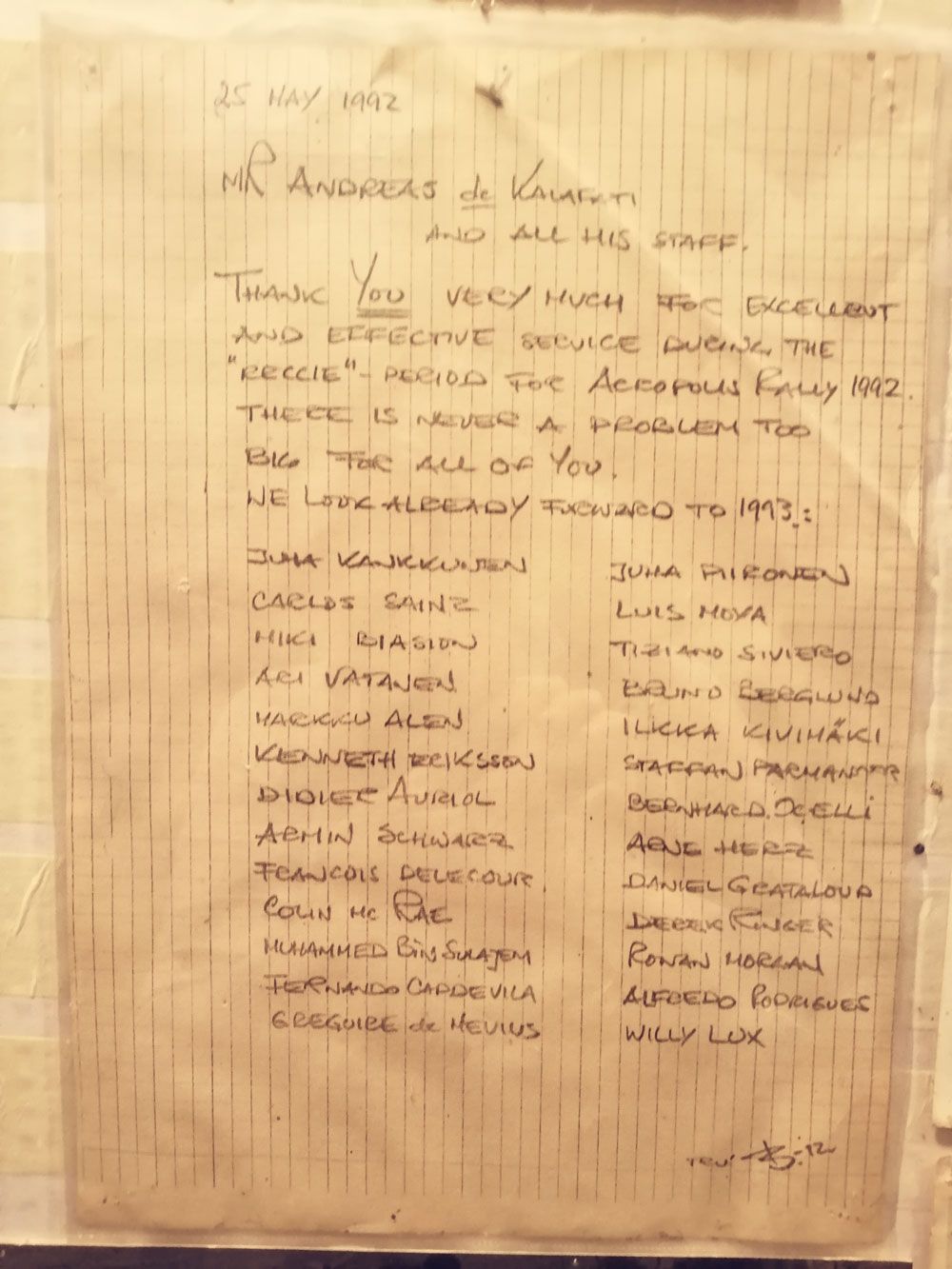